Our collection of rare vintage trade beads are potent with symbolism and carry the positive energy of human connection.

Our recycled precious metals are sustainably sourced and uniquely made by our network of goldsmiths and silversmiths. Each piece is solid, never hollowed out, and hallmarked individually by hand in London, England.

We include a polishing cloth with items made from vintage beads and recycled precious metals to help you protect and preserve the lustre of your accessories.

Origin of our Recycled Gold

Our recycled gold is sustainably sourced through our network of small or family run businesses who share our commitment to using recycled materials and uniquely produced by our goldsmith.

Gold is one of the heaviest minerals in the world. Holding gold has an unmistakably comforting feeling and this is exactly why we never use hollowed out gold, so that it is grounding and weighty to the touch.

Gold is known as the master healer. It is a mineral of spirituality, magic, understanding, and attunement to nature and possesses powerful, positive energy that can help to cleanse and purify the physical, emotional, intellectual and spiritual energy fields. 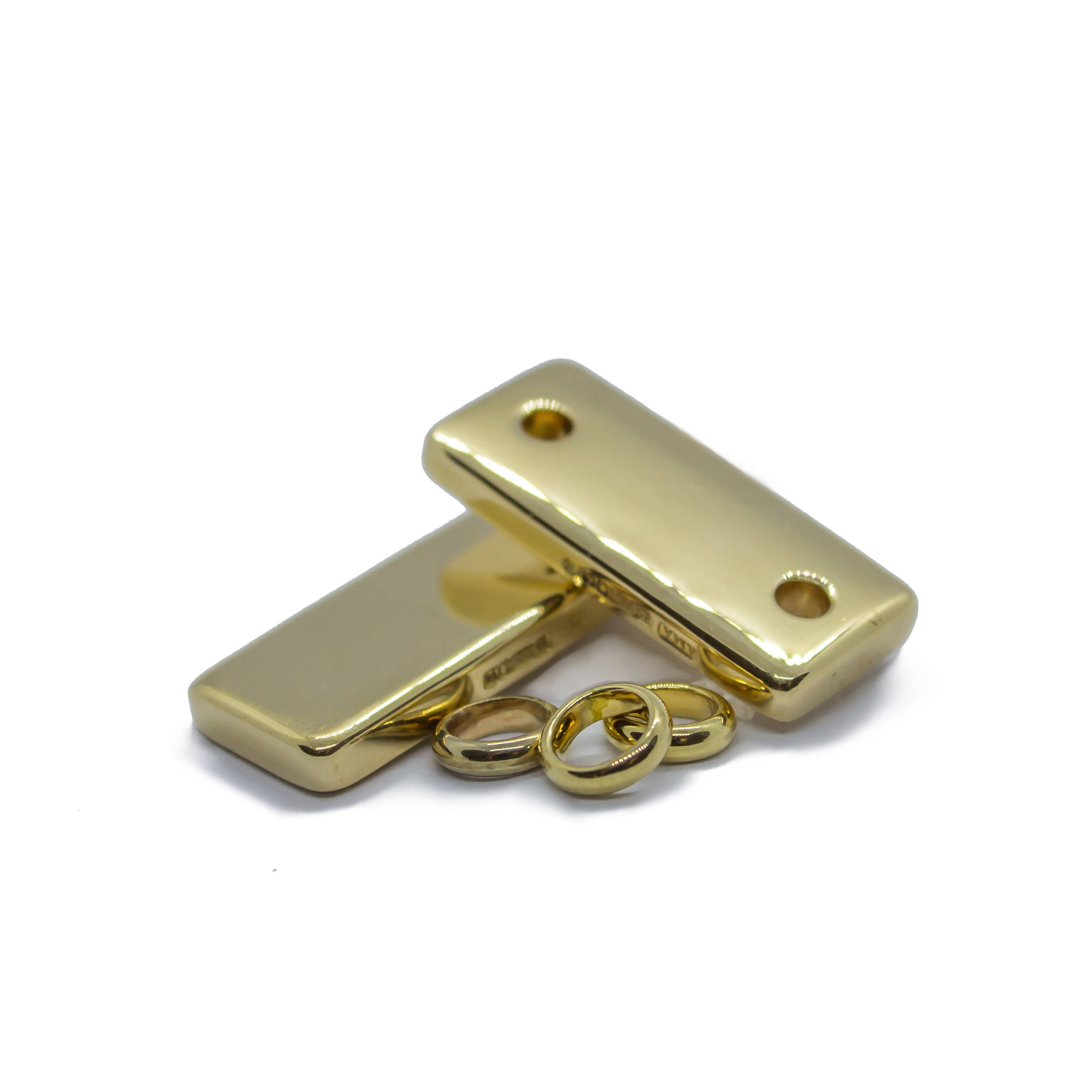 Origin of our Recycled Sterling Silver

Our sterling silver is sustainably sourced through our network of small or family run businesses who share our commitment to using recycled materials.

Sterling silver is considered the metal of emotions. Connecting the wearer to the psychic mind as well as a powerful association with healing, it promotes emotional balance and equanimity.

When silver is used with gemstones, the metal amplifies the qualities inherent in the stone and enhances the connection between the wearer and the stone. 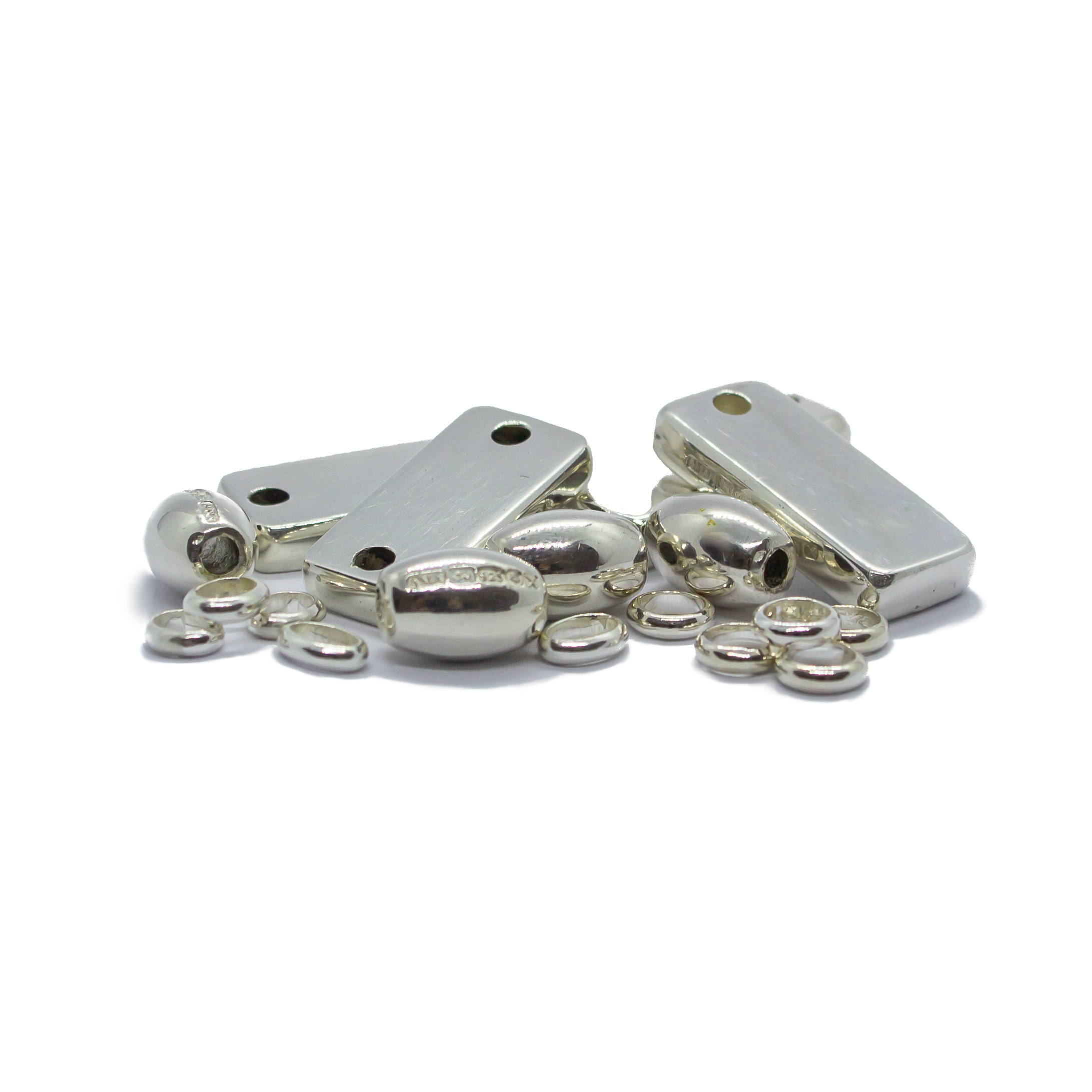 Origin of our Recycled Copper

Our copper is sustainably sourced through our network of small or family run businesses who share our commitment to using recycled materials.

Known to be a great energy conductor, copper is sensual, warm, and comforting. It can transport, connect us to, and amplify powerful energies, which would otherwise remain unknown and can assist in opening new connections to both internal and external energy sources. 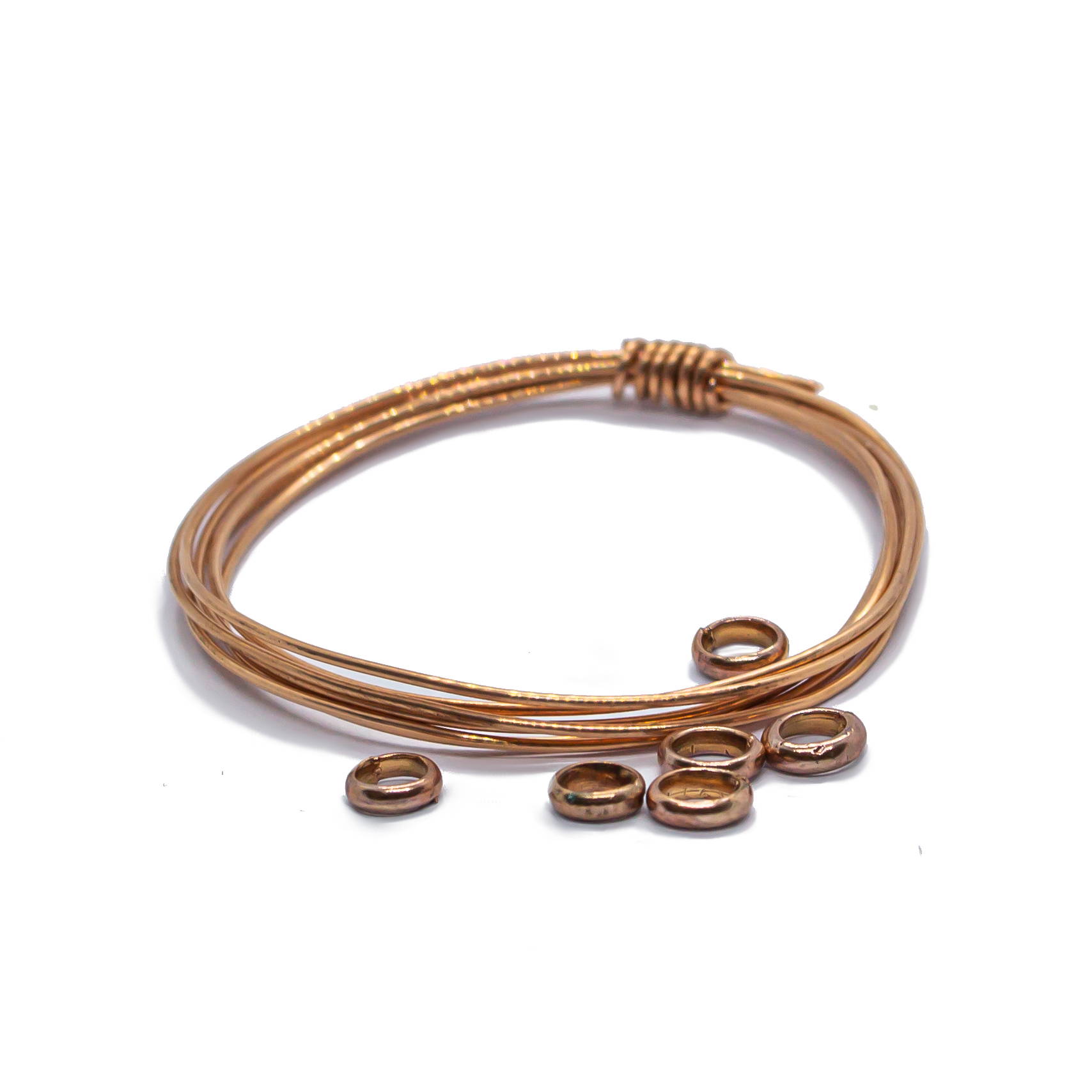 About Our Precious Metals

Produced by our network of goldsmiths and silversmiths, all of our precious metals are recycled, and each piece is hallmarked individually by hand in London, England.

We include a polishing cloth with items made from precious metal to help you protect and preserve the lustre of your accessories.

Goomba beads are formed from porcelain and were made during the 19th and early 20th centuries in West Africa, particularly Nigeria.

Hand made and passed hand to hand  they have the look and feel of a well worn marble step. The age and history of the beads make each piece distinct and full of character. 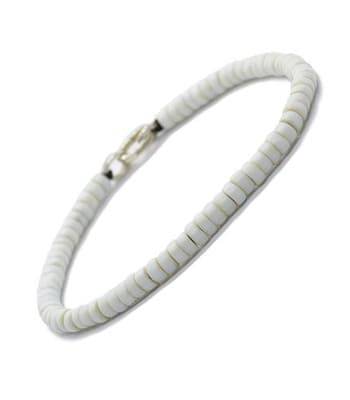 Our vintage, interlocking snake vertebrae beads were made in the early to mid-1900s in Europe by Czech, German and some French producers as trade beads.

Real snake vertebrae have been used in Africa for centuries due to their powerful symbolism. It was this significance that inspired European glassmakers to develop moulded glass versions to use as trade beads from the early 1900s.

Trade beads were first introduced into Africa by Arab traders as early as the 12th and 14th centuries and later by the Portuguese in the 16th -18th centuries.

For us, the snake vertebrae glass beads also represent a wonderful early example of ethical replacement.

Snakes have a multitude of meanings in folklore. They are believed to evoke creative lifeforce and are said to have the strength to transform, whether that’s through spiritual awakening, death and rebirth, or simply transitioning from one stage of life to another.

Snake symbolism can be a reminder of an important transition you have already navigated, one you are going through or even a simple but powerful reminder that in life, transitions are a constant. 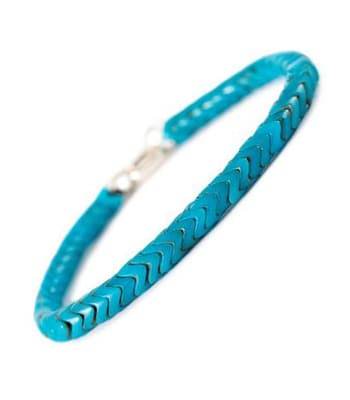 About Our Vintage Beads

Our hand-carved beads, as well as our antique and vintage trade beads, are durable but may chip if knocked too hard. We provide a soft polishing cloth that can be used to clean our beads; a tiny bit of soap and warm water can be utilised to gently remove any substance from the beads, if necessary. As with all of Atlas Accessories’ designs, our beads are created to be worn in all conditions so you can easily just wash them with you when you take a shower.